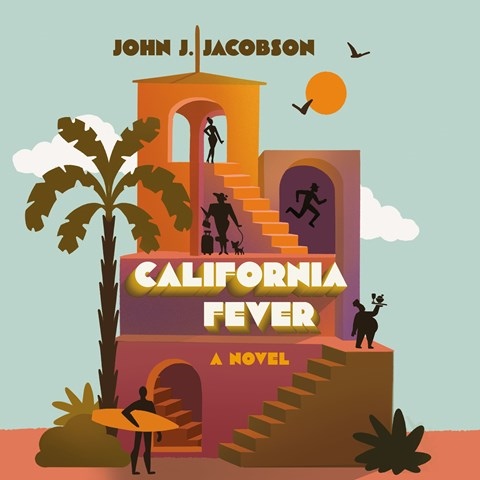 Although the plot of this audiobook is lighter than bubble wrap, narrator Grover Gardner does a great job extracting the humor from it. It's a tale of surfers who moonlight as hoteliers who accidentally solve a mystery. Gardner keeps the show rolling with a broad approach, using the drop-jawed uptalking SoCal-bro accent for the surfers ("Duuude"!) and a snooty British Received Pronunciation for the matronly mystery writer. These choices may lack subtlety, but they're called for here because the story borders on farce. Although the surfer lingo is dated (the book was originally published in 2007), the surfing descriptions and references add some authenticity to the audiobook's milieu. With a surfside setting and kooky characters, this audiobook is a good fit for fans of Grover Gardner and beachy cozies. R.W.S. © AudioFile 2022, Portland, Maine [Published: SEPTEMBER 2022]