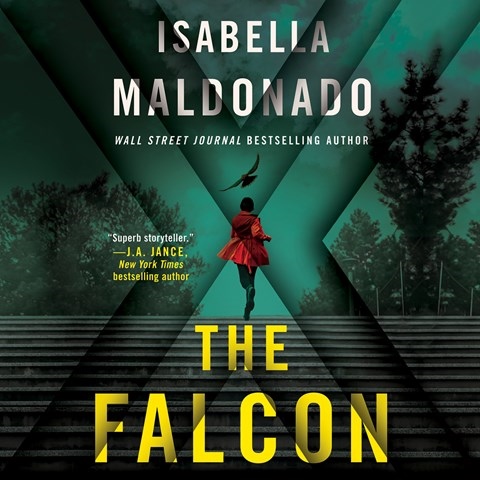 Roxanne Hernandez returns to portray FBI Agent Nina Guerrera in the third book in this series. Hernandez's effective accents and tone draw listeners into Guerrera's world. Maldonado's gritty police procedural is humanized by her two well-developed main characters, both of whom have managed to rise above their troubled backgrounds: Guerrera herself and 18-year-old academically gifted Bianca, whom Guerrera rescued from the streets. Guerrara and her team are sent to Arizona to investigate a serial killer on the very same campus that Bianca is checking out for her graduate work. Hernandez masterfully differentiates the many male and female characters of different ages and ethnic backgrounds, and keeps listeners engaged throughout the investigation of the horrendous, graphically described crimes. E.Q. © AudioFile 2022, Portland, Maine [Published: JUNE 2022]