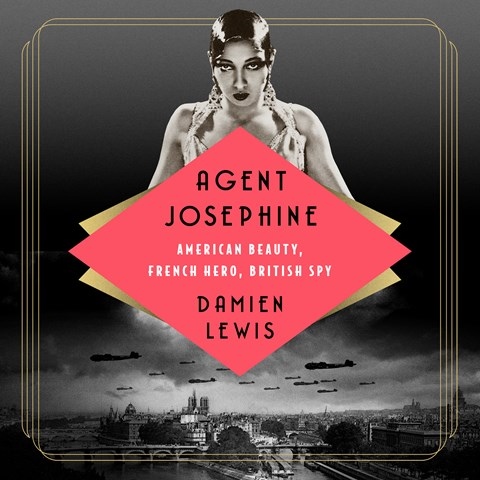 Regrettably, the narrator of this audiobook is not the British actor featured in WOLF HALL and HOMEFRONT, but a prolific British author of military and dog-themed titles. Neither has he, equally regrettably, enlisted a professional narrator to present his history of American singer-dancer Josephine Baker's career as an anti-Nazi operative during WWII. Instead, most regrettably, Lewis has undertaken the task himself even though he lacks the skills of pacing, shaping, and enunciating his words. He recites in an even, uninflected, highly measured voice. The adventures of a beautiful, talented woman of color who is running secrets under the noses of the Gestapo sound like a story that can't fail. But it's one that hasn't yet found its voice. D.A.W. © AudioFile 2022, Portland, Maine [Published: JULY 2022]