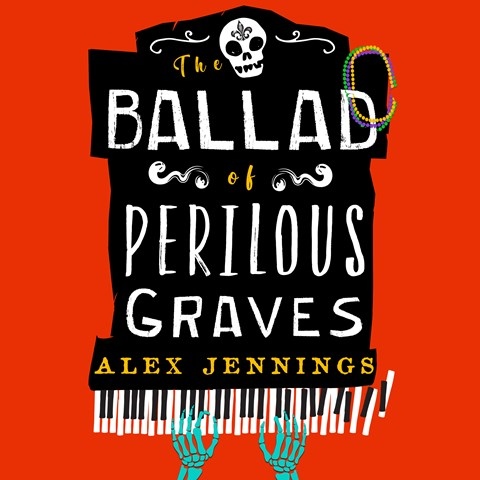 THE BALLAD OF PERILOUS GRAVES

Gralen Bryant Banks brings great storytelling and animated dialogue to this debut audiobook. The story takes place in New Orleans and in an alternate version of New Orleans, known as NOLA, where music is magic. But something is awry. Perry, his younger sister, and her friend have been charged with finding several songs that have gone missing from NOLA, disrupting the city's rhythm and threatening its very existence. This plot alternates with a story told by Casey, a young, trans graffiti artist who has just returned to New Orleans. There are a lot of characters who speak in dialect, and Banks makes it come alive. He deals ably with the undead cab drivers, as well. J.E.M. © AudioFile 2022, Portland, Maine [Published: SEPTEMBER 2022]