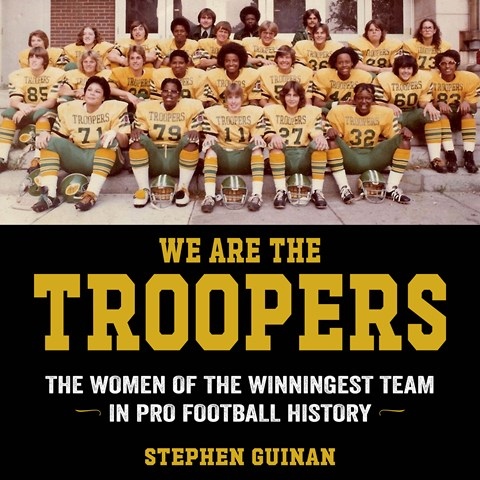 Amy Landon's strong narration anchors this in-depth history of the Toledo Troopers, a dominant, Ohio-based women's football team during the short-lived era of the National Women's Football League. Landon balances the author's appreciation for the players' tenacity and toughness, skill and sacrifice with a clear-eyed examination of the demanding physicality and business sides of the sport. Led by coaches Bill Stout and Carl Hamilton, the team played across the Midwest, South, and East Coast in the 1970s. Emerging ahead of Title IX, the league eventually folded without enough financial and promotional support. Landon's light characterizations emphasize the diverse personalities of the players, including Linda Jefferson, Lee Hollar, and Pam Schwartz, who shined on and off the field. This solid production is a welcome addition to American sports history. J.R.T. © AudioFile 2023, Portland, Maine [Published: JANUARY 2023]