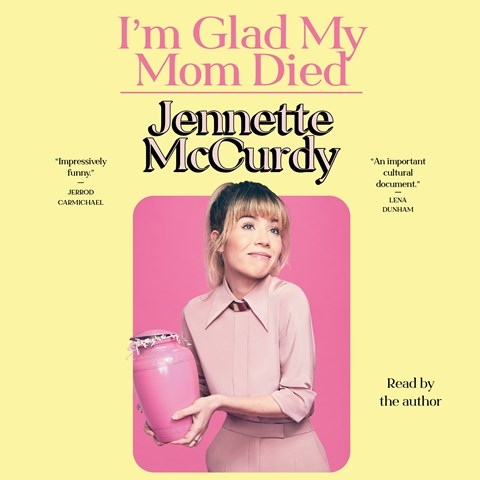 In her memoir, author/narrator Jennette McCurdy uses a dynamic voice for her mother's lines and a flat tone for much of her own thoughts and dialogue. The writer, director, podcaster, singer, and former child actor shares details of her dark adolescence. Years after her mother's death, she is now coming to terms with the emotional and physical abuse she endured from a mother who makes other stage moms seem sweet. Her story makes clear that her career and personal habits were formed in direct response to that abuse. In one scene, she illuminates her volatile home by depicting a shouting match between her parents with moans and sobs. In a lighter moment, she uses a high pitch to showcase a JELL-O commercial she did as a kid. A.L.C. © AudioFile 2022, Portland, Maine [Published: SEPTEMBER 2022]