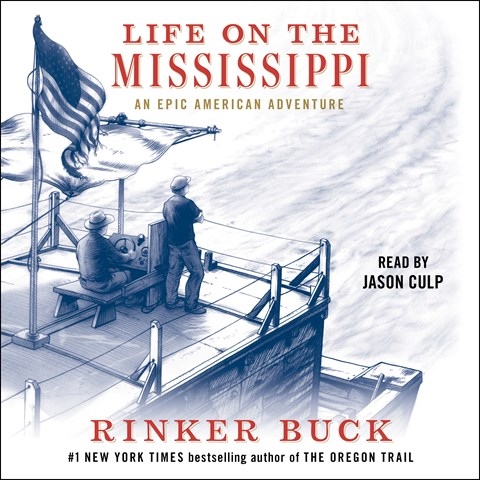 LIFE ON THE MISSISSIPPI An Epic American Adventure

Flatboats were once the most common craft on America's great rivers, but when Rinker Buck took his down the Monongahela, Ohio, and Mississippi to New Orleans in 2016--as he recounts in this audiobook--it was an object of considerable curiosity. Narrated by Jason Culp, his story of that trip weaves together the history of America and the towns along the rivers, as well as the early migrations into and through the Mississippi basin. Despite the frequent warnings of "you're gonna die" that Buck and his crew garnered, there is little high adventure for Culp to work with, so he smoothly follows the boat downriver and the author's meditations on history, navigation, and human nature. He is quite proficient with regional accents. D.M.H. © AudioFile 2022, Portland, Maine [Published: AUGUST 2022]