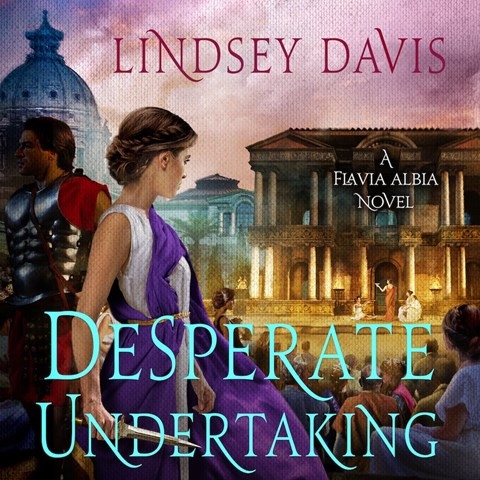 The clear, sometimes biting voice of narrator Jane Collingwood delivers the tenth installment of the Flavia Albia mystery series, set in Imperial Rome. Flavia, like her adopted father, Falco, is an informer (a private detective) who solves murders through intelligence, courage, sharp interviewing skills, and a determination to uncover the truth. Collingwood captures her wry sense of humor, sarcasm, and steely tone when questioning witnesses and suspects. This murder mystery involves a number of gruesome killings based on Greek tragedies and myths. The theater community is suspected and not to be trusted. Many characters make appearances, and Collingwood manages to bring them to life despite the nearly two millennia that separate them from listeners. D.L.G. © AudioFile 2022, Portland, Maine [Published: SEPTEMBER 2022]