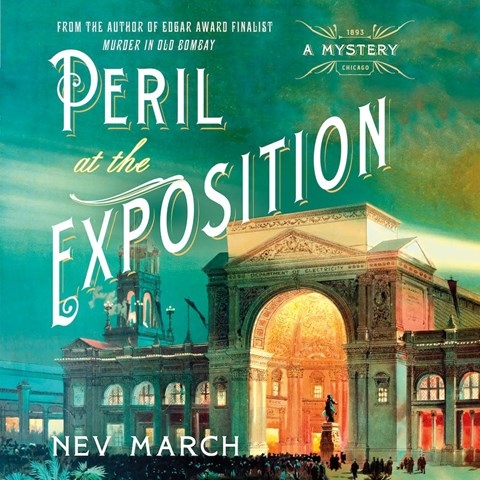 PERIL AT THE EXPOSITION Captain Jim and Lady Diana, Book 2

Safiyya Ingar and Vikas Adam capture the 1893 World's Fair in this sequel to MURDER IN OLD BOMBAY. The story now focuses on Lady Diana's detecting, rather than that of her husband, Captain James Agnihotri. Listeners meet the newlyweds in Boston before Agnihotri is sent to Chicago to investigate suspicious activities. Adam captures Agnihotri's determination to get to the bottom of things. Ingar reflects Diana's sensitivity and fears for her husband's safety as she travels to the fair with her manservant, Tobias. Ingar's best creation is Diana's maid, who poses as a man and discovers valuable clues. Glimpses of Chicago--including its wealthy investors and impoverished workers--offer a disturbing undertone. The narrators' high-spirited performances compensate for some weakness in the writing. S.G.B. © AudioFile 2022, Portland, Maine [Published: OCTOBER 2022]