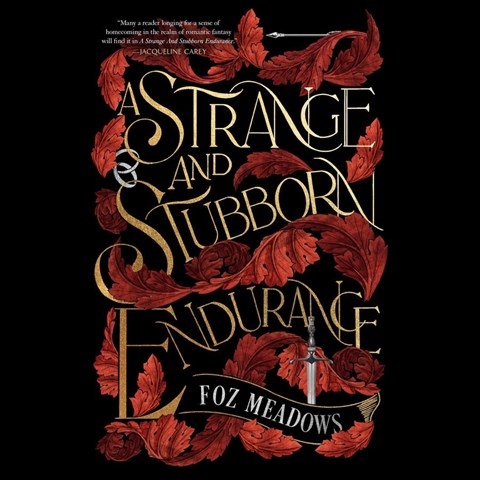 A STRANGE AND STUBBORN ENDURANCE The Tithenai Chronicles, Book 1

Vikas Adam and James Fouhey co-narrate this fantasy featuring political intrigue, magic, and an arranged marriage. Velasin, whose chapters are narrated by Adam, is raped, all but disowned by his father, and packed off to another country to marry Caethari, the son of the ruling family. Reading Caethari's chapters, Fouhey emphasizes his kindness. Velasin's arrival is followed by assassination attempts. Cae and Vel work together to find out who is behind the violence, but the heart of the audiobook is Velasin's journey toward recovery and learning to trust his new husband. Vel's breakdown as Cae saves him from a desperate act, as delivered by Fouhey, is particularly wrenching and poignant. Both narrators do their best with the sometimes overwrought prose and the abundant unfamiliar names of people and places. J.M.D. © AudioFile 2022, Portland, Maine [Published: SEPTEMBER 2022]