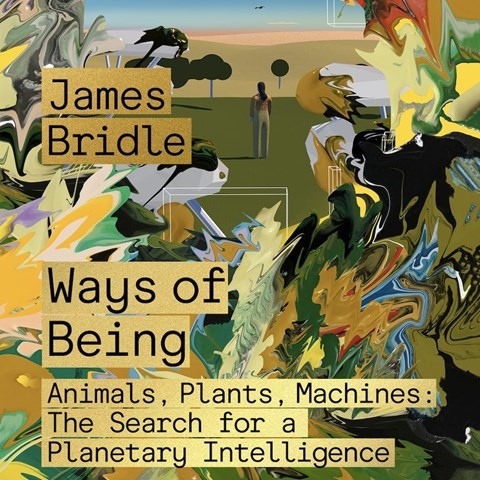 WAYS OF BEING Animals, Plants, Machines: The Search for a Planetary Intelligence

There's joy in self-described "satellite nerd" James Bridle's British-accented voice as he narrates this audiobook about consciousness and the search for planetary intelligence. For example, he excitedly recalls the moment when he first felt certainty about quantum physics. Even when he's not being so enthusiastic, listeners might be fascinated to learn that slime mold can solve the logistical problems of routing trains or traveling salespeople. Bridle shows his curiosity as he ponders the mirror test --whether a creature reacts to seeing its reflection--or the proper environment in which to create thriving artificial intelligence. Bridle's questioning is peppered with anecdotes that highlight aspects of consciousness--human and otherwise. How can listeners not perk up their ears when he describes a bird who used its own name with varying inflections to communicate? J.A.S. © AudioFile 2022, Portland, Maine [Published: OCTOBER 2022]