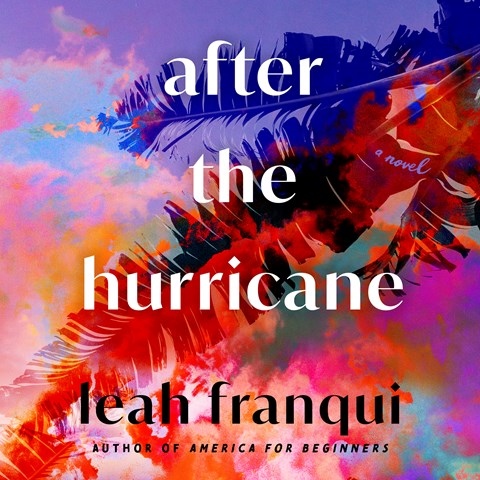 Frankie Corzo delivers a nuanced performance that complements this audiobook splendidly. Elena Vega has a complicated relationship with her father, Santiago, a successful lawyer who never recovered from his traumatic childhood. Trying to cope, he became an alcoholic, alienating Elena who knew nothing of his past. Now, Santiago is living in Puerto Rico. When a hurricane ravages the island, Elena is unable to reach him and goes to find him. In her pursuit, she learns about his past and recognizes the generational trauma that now plagues her. Corzo delivers passages in neutral Spanish and switches from English to Spanish impeccably. She infuses the characters with warmth and emotional depth, inspiring sympathy. A.M. © AudioFile 2022, Portland, Maine [Published: OCTOBER 2022]