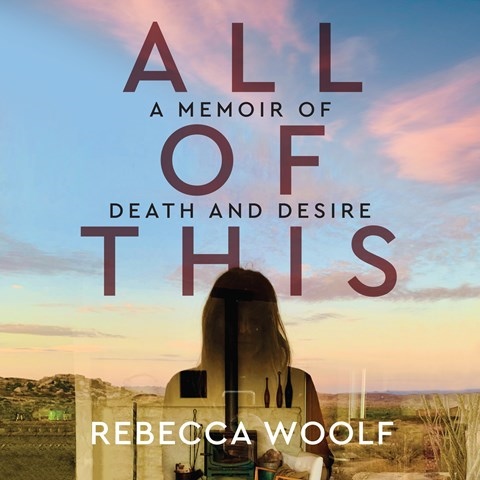 ALL OF THIS A Memoir of Death and Desire

Rebecca Woolf, writer and blogger, narrates her memoir with devastating clarity and compassion. She married young when a surprise pregnancy occurred in a relationship that had just barely begun. After 14 years in a stifling and abusive marriage that included raising four kids and a life that asked her to sacrifice too much of herself, she finally demanded a divorce. Weeks later, her husband, Hal, was diagnosed with terminal cancer, and four months later he was dead. With raw honesty, Woolf shares the intense story of those months, her grief, and the deep relief she felt when she began redefining her life and herself on her own. Hearing Woolf share her story in her own voice is as intimate as the story she tells. E.E.C. © AudioFile 2022, Portland, Maine [Published: SEPTEMBER 2022]