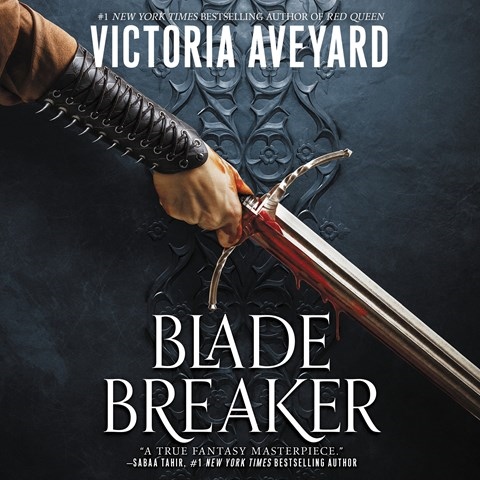 Versatile Natalie Naudus confidently performs Aveyard's second installment in the Realm Breaker series, catapulting listeners into a world of monsters, vicious battles, and evil. Corayne and her companions have just killed a giant Kraken and closed the Spindle, a mechanism that allowed monsters to enter their world. More battles are on the horizon as their enemies, Corayne's twisted Uncle Taristan and his wife, Queen Erida, are intent on bringing the malevolent god, What Waits, into their realm. Naudus deftly navigates the large cast of characters, capturing their varied voices and personalities: Corayne's grim determination, assassin Sorasa's harsh bravado, and immortal prince Dom's low-pitched gravitas. Naudus's spot-on pacing and rousing tone will keep listeners completely engaged with this exciting series continuation. S.A.H. © AudioFile 2022, Portland, Maine [Published: OCTOBER 2022]