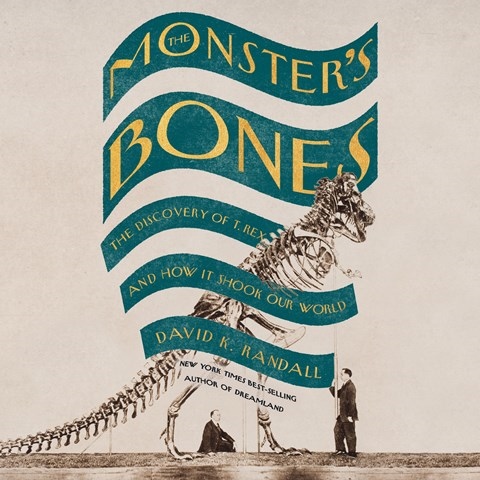 THE MONSTER'S BONES The Discovery of T. Rex and How It Shook Our World

Roman Howell's narration makes the true story of Barnum Brown, the fossil-hunting scientist from Kansas who found the first Tyrannosaurus rex, seem like an adventure novel. Howell sounds excited and fascinated by Brown's ability to uncover fossils in what was becoming a crowded field. As dinosaurs became popular, the paleontologist from New York's American Museum was always competing with rival museums. Howell consistently puts emotion and personality into the historical material, as when he uses a gruff voice to embody the industrial titan Andrew Carnegie, whose philanthropy funded a Pittsburgh museum. As the story of how dinosaurs brought natural history into popular culture unfolds, listeners will hear about the tension between elites and the museums' new mass audiences, and learn about how eugenics supporters interpreted fossil finds. J.A.S. © AudioFile 2022, Portland, Maine [Published: DECEMBER 2022]