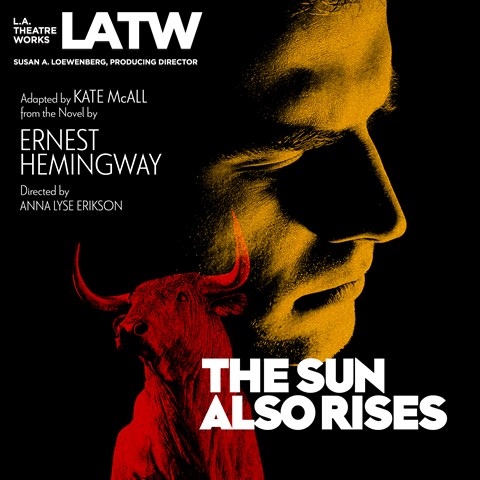 In this concise and straightforward audio drama adaptation of Ernest Hemingway's hugely influential 1926 novel, a loose-knit group of American and British expatriates tire of the endless parties and soirees of Paris. They head off to the annual bullfights of the Festival of San Fermin in Pamplona, Spain, in hopes of adventure and rekindling old romances. Film regulars Patrick Heusinger, as the world-weary journalist Jake Barnes, and Rhian Rees, as the dazzling and chaotic Lady Brett Ashley, lead a fine ensemble cast in exploring some of Hemingway's most important and iconic themes: broken love, man against nature, and the hopes and disillusionment of post-WWI's Roaring Twenties. A fine introduction to the voices and characters of the Lost Generation. B.P. © AudioFile 2022, Portland, Maine [Published: SEPTEMBER 2022]