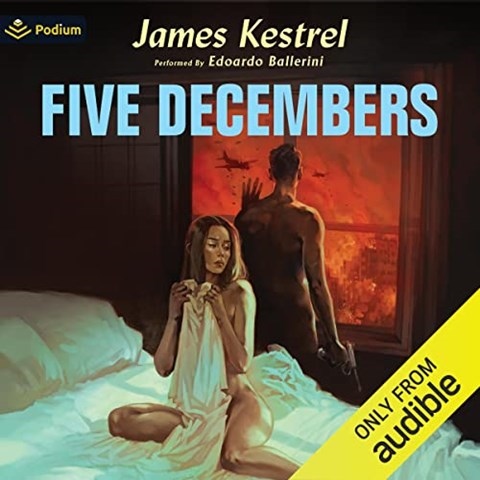 Narrator Edoardo Ballerini masterfully voices American and Japanese men and women in this WWII mystery, which begins in Hawaii with a brutal murder just before the attack on Pearl Harbor. While most Westerners are fleeing from Asia, Honolulu detective Joe McGrady travels to Hong Kong in pursuit of a potential serial killer. What begins as a police procedural turns into a war story, well written and beautifully narrated. Ballerini's comfort with the 1940s lingo draws listeners into the time period. He demonstrates his skill with languages and accents as he shouts Japanese commands, and softly delivers Japanese expressions of love. Ballerini's versatile performance ensures that listeners will gain insight into the impact of war on victims and victors. E.Q. Winner of AudioFile Earphones Award © AudioFile 2022, Portland, Maine [Published: SEPTEMBER 2022]