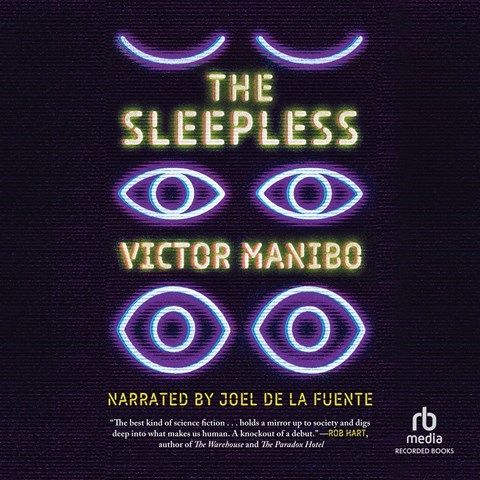 Narrator Joel de la Fuente nails the confusion that lurks at the heart of this chilling audiobook. Its setting is a world in which a quarter of the population loses the ability to sleep without any health consequences. Most cash in by working multiple jobs during their 24 hours of wakefulness. One of these fortunate Sleepless is journalist Jamie Vega, who uses some of his time to investigate the suspicious suicide of his boss. But Jamie discovers an unknown side effect of the sleeplessness, and de la Fuente captures the frightening chaos that ensues. Also, he smoothly inhabits all the diverse characters Jamie encounters during his investigation. De la Fuente's deft touch powers the thrill ride that this production becomes. D.E.M. © AudioFile 2023, Portland, Maine [Published: JANUARY 2023]