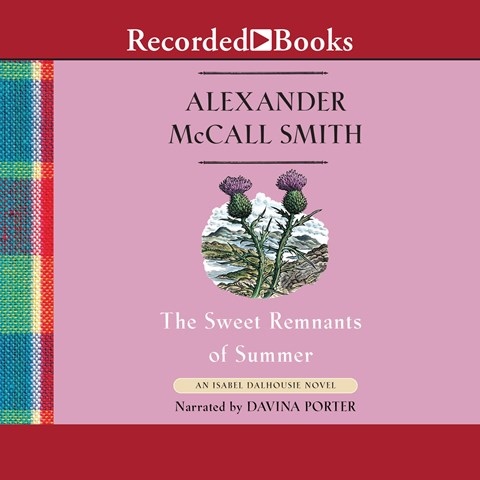 Narrator Davina Porter makes her fourteenth appearance as everyone's favorite moral philosopher, Isabel Dalhousie. Ignoring husband Jamie's cautions about getting involved in more than she can handle, Isabel agrees to serve on the advisory committee of the Scottish National Portrait Gallery. She is also called upon to help a friend whose husband and son are at odds. Ignoring his own advice, Jamie becomes entangled in his own drama. Porter is bright, cheerful, and charming as Isabel; somewhat taciturn as Jamie; and just as vivid while portraying the minor characters. Her tone, attitude, and Scots accent are all one could hope for. With author McCall Smith's light touch and Porter's sensitivity and deftness, this is an audiobook fans won't want to miss. S.J.H. © AudioFile 2022, Portland, Maine [Published: JULY 2022]