Home»Reviews»A TASTE OF GOLD AND IRON 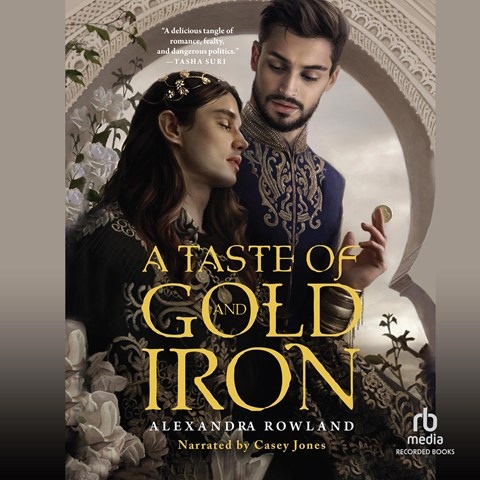 A TASTE OF GOLD AND IRON

Narrator Casey Jones tenderly delivers this slow-burn queer romance about a prince who can detect the composition of metals by touch. After an altercation with the father of the queen's new daughter, Prince Kadou is humiliated. To restore his reputation and prove himself useful, he investigates a nearby break-in with his newly appointed bodyguard, the stoic and handsome Evermer. Jones gently and realistically depicts Kadou's busy inner thoughts and anxiety, while Evermer is voiced with precise articulation that slowly warms to passion. Jones's impressive vocal versatility creates distinct character voices full of personality as he adopts accents and a range of tones to embody a variety of imagined cultures and genders. His depiction of Kadou's ex-fling, Tadek, perfectly encompasses his rakish personality. A.K.R. Winner of AudioFile Earphones Award © AudioFile 2022, Portland, Maine [Published: SEPTEMBER 2022]