Home»Reviews»WHAT WE OWE THE FUTURE 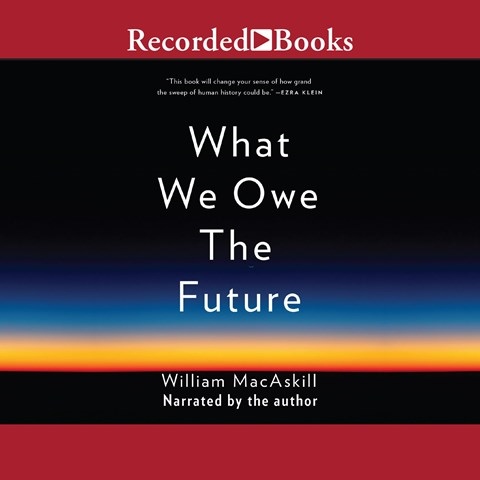 WHAT WE OWE THE FUTURE

William MacAskill presents his philosophical concept of improving the long-term future by prioritizing moral action now. The core principle he espouses is that future people matter, especially considering the potential duration of humanity. Through engaging thought experiments and heavy research, MacAskill has consolidated his theory into an optimistic and compelling performance. War, climate change, and other current threats are discussed, and hopeful solutions are provided in MacAskill's ear-catching brogue. Each chapter boasts an intriguing discussion, and MacAskill narrates with enthusiasm and patient insight. The otherwise heady philosophical and moral concepts are broken down into a listener-friendly performance, ensuring that the material is accessible to a wide audience. Even those who disagree with "long termism" will appreciate MacAskill's deep research and thought-provoking narration. J.M.M. © AudioFile 2023, Portland, Maine [Published: JANUARY 2023]