Home»Reviews»I USED TO LIVE HERE ONCE 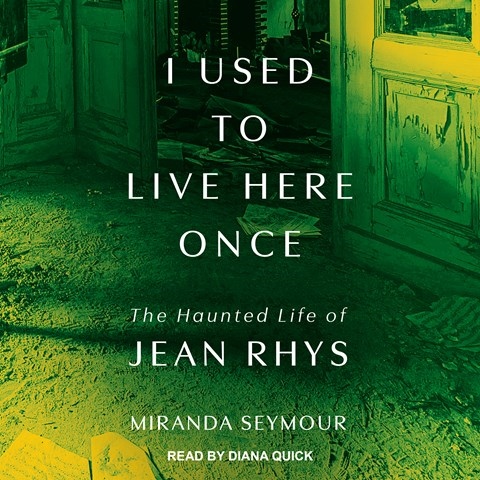 British actress Diana Quick brings her aristocratic voice and impeccable pacing to this biography of the writer Jean Rhys. Most known for her mesmerizing novel WIDE SARGASSO SEA, Rhys was as extraordinary as the women in her work. Of mixed Welsh, Scots, and Creole descent, she was raised on the Caribbean island of Dominica. After moving to England at age 16, she lived a fascinating independent life--unusual for the time--which included mistress situations, several marriages, children, alcoholism, and poverty. Quick deftly captures Rhys's Dominican Creole-English when narrating autobiographical passages. Her prodigious dramatic skills are on full display in the many excerpts of dialogue and narrative from Rhys's novels. Listeners will be inspired to discover (or revisit) the writings of Jean Rhys. J.E.S. Winner of AudioFile Earphones Award © AudioFile 2022, Portland, Maine [Published: AUGUST 2022]