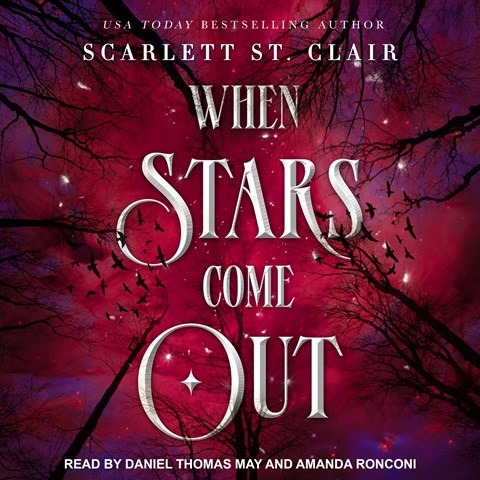 WHEN STARS COME OUT

Narrator Amanda Ronconi portrays plucky Anora in this paranormal drama, part of an enchanting series inspired by Greek mythology. Anora has switched schools after being mixed up in a student's death and freaking out her mother by telling her she can see spirits of the dead. Daniel Thomas May portrays teen heartthrob Shy in a lofty theatrical tone. Missing ghosts, dead knights, and vicious gossip bring Anora and Shy together in a genre-bending, action-packed romance. Ronconi makes the magic and fear of madness that fuel Anora vivid and believable. May captures the charismatic hero Shy, but some of his female character voices are too shrill. Nonetheless, this is a seductive beginning to a new series. S.T.C. © AudioFile 2022, Portland, Maine [Published: OCTOBER 2022]