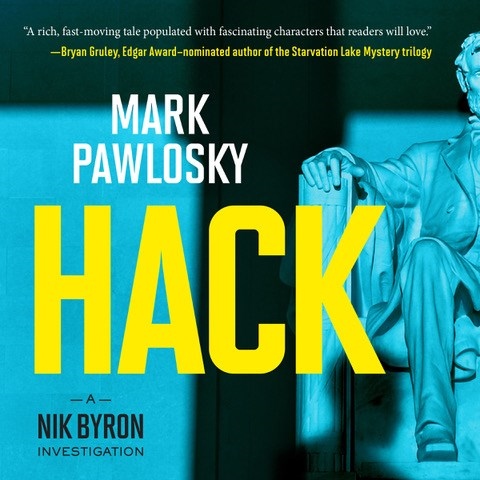 Author Mark Pawlosky's initial audiobook in a series is off to a good start, helped along, in part, by the narration of Andrew Tell. Reporter Nik Byron is balancing a lot--an ex-wife, a new relationship, a job he loves, a boss he hates. When a mysterious explosion claims several lives, Byron goes on the hunt to investigate. As a pair of stooges connected with the explosion take off on the lam, their voices fit their character traits. One is perpetually annoyed by the other, an emotion that Tell brings out through tone. He handles the women in Byron's life deftly and shines with Byron's editor, a workplace nemesis who sounds downright angry every time the two talk. Byron comes across as more casual, despite having his plate full. Here's hoping Tell and Pawlosky team up again on the series. M.B. © AudioFile 2022, Portland, Maine [Published: SEPTEMBER 2022]