Home»Reviews»WHAT IS WRITTEN ON THE TONGUE 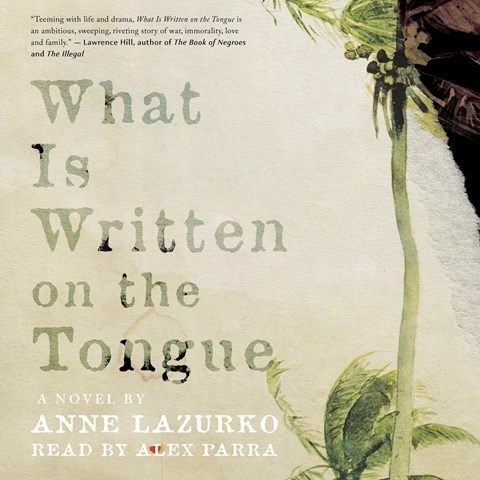 WHAT IS WRITTEN ON THE TONGUE

Narrator Alex Parra portrays 20-year-old Sam with a tone of emotional exhaustion caused by the terror and tedium of war. As WWII ends, Alex is released from a Nazi forced labor camp only to be drafted into the Dutch army and sent to the island of Java, where a war for independence is taking place. With palpable anxiety and despair, Parra delivers the interspersed journal entries Sam wrote during his imprisonment. In the present, Parra depicts Sam's frayed nerves by adding tension to his voice as he faces death and love in Java. He wonders how the guerilla war against colonialism differs from what the Nazis attempted. Parra ends the novel with a hopeful attitude and heartfelt sincerity. R.O. © AudioFile 2022, Portland, Maine [Published: JULY 2022]