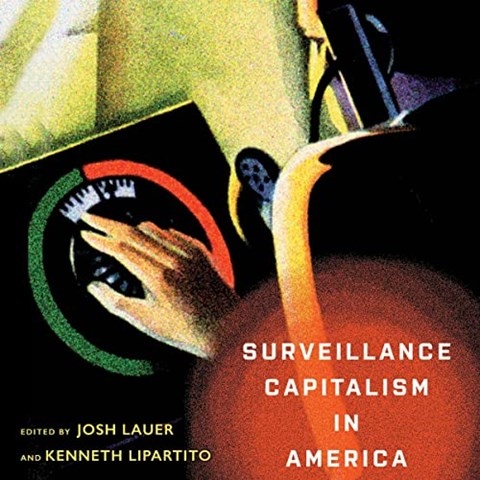 SURVEILLANCE CAPITALISM IN AMERICA Hagley Perspectives on Business and Culture

Operating within a narrowly modulated vocal range, Peter Lerman provides a crisp narration of this study of surveillance capitalism--the acquisition of personal data for money-making purposes. The audiobook is part of a series of books on business published by the University of Pennsylvania. Although conventional wisdom says that surveillance capitalism originated with Google, Facebook, and the Russian Mafia, Lerman explains that data-gathering techniques have been used in business for centuries, as seen in the eighteenth-century slave trade, nineteenth-century mail-order catalogue business, and the early-twentieth-century hotel industry. The Pinkerton Detective Agency developed many foundations of surveillance capitalism more than 150 years ago. The nine chapters in this audiobook are written by different scholars and vary as to style and dryness, but Lerman patches the differences with the consistent tone of a business journalist. R.W.S. © AudioFile 2022, Portland, Maine [Published: JULY 2022]