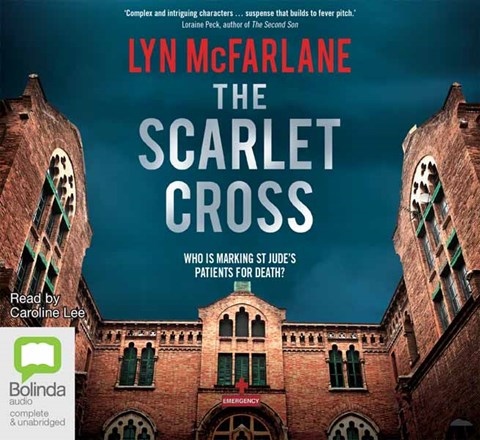 The marvelous narrator Caroline Lee is hilariously inaccurate with North American accents, which detracts not one whit from the pleasures of this complex but absorbing medical thriller since it is not a novel of place and could be happening anywhere from Canada to Australia. St. Jude's is a respected Catholic hospital in a diocese burdened by debt (think sex abuse suits). Its gifted but flawed chief ER nurse has strong reason to suspect someone in power at the hospital is preying on vulnerable psychiatric patients. She tells her police detective boyfriend. Nobody wants the case pursued. They pursue anyway. Jeopardy ensues. McFarlane's characters are richly drawn, the writing is often surprisingly lovely, and the plot boils along, well served by Lee's witty and engaged performance. B.G. © AudioFile 2022, Portland, Maine [Published: JULY 2022]