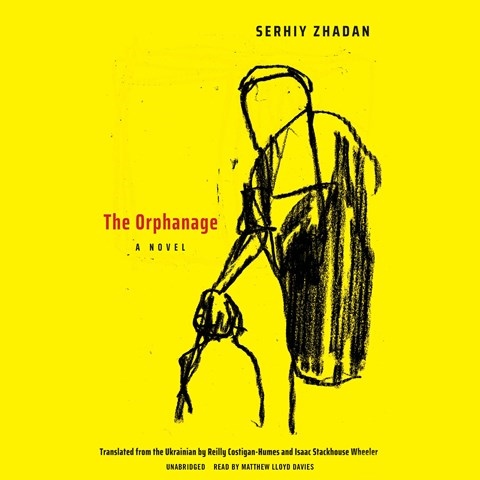 Matthew Lloyd Davies is the strong, somber voice of this searing novel set in war-torn Ukraine. He brings across the enormity of Pasha's task: He is trying to cross the conflict-ridden country to be reunited with his orphaned nephew. This is a well-told, suspenseful tale that Davies capably dramatizes. His style and delivery maximize the tension of Pasha's mission while also underscoring the symbolic nature of the novel itself. Davies's gravitas illuminates Pasha's struggle, which doubles as an ode to the Ukrainian people's determination to bear the burdens of invasion. Fans of international fiction and those wishing to learn more about this conflict, or pay tribute to it, will find much to admire here. M.R. © AudioFile 2022, Portland, Maine [Published: SEPTEMBER 2022]