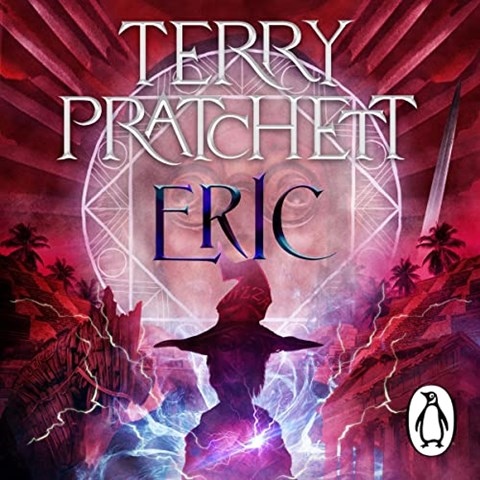 Northern Irish actor and BBC television regular Colin Morgan ("Merlin") brings a happy-go-lucky tone to the voice of the hapless but cleverer-than-you-think wizard Rincewind. This is the ninth entry in Sir Terry Pratchett's wildly popular Discworld fantasy series. It all begins when a teenage nerd, Eric, attempts to conjure up a demon and ends up with the ever-put-upon Rincewind instead. Eric demands three wishes, and the pair, plus a parrot and a set of luggage, go on an adventure doing what Pratchett always did best--satirically skewering the classics. Faust, Dante, Helen of Troy, Ponce de León, and Time itself all receive Pratchett's laugh-out-loud barbs. British acting royalty Bill Nighy and Peter Serafinowicz provide the voices for the footnotes and Death. Ridiculously entertaining listening. B.P. © AudioFile 2022, Portland, Maine [Published: SEPTEMBER 2022]