Home»Reviews»OMEGA MORALES AND THE LEGEND OF LA LECHUZA 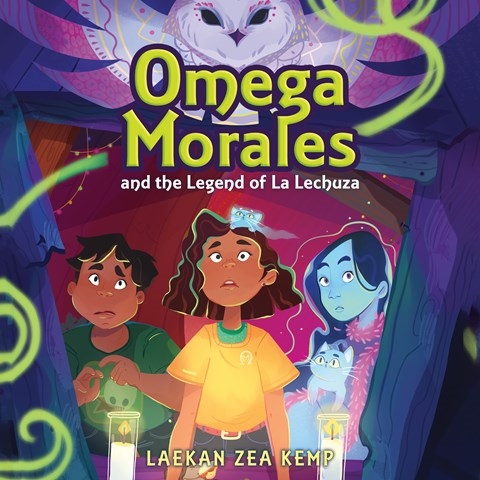 OMEGA MORALES AND THE LEGEND OF LA LECHUZA

Dominique Franceschi shines with her enthusiastic narration of this fun and creepy mystery. All the characters have distinct and realistic voices. Omega Morales feels that she doesn't fit into her hometown, Noche Buena. The human townspeople are wary of her because she is half-human, half-empath. She straddles both worlds without fully feeling part of either one. Omega's best friends are the ghost Clau and her cousin, Carlitos. When cats start to disappear from Noche Buena, Omega suspects La Lechuza is the cause of it. In trying to learn more about La Lechuza, Omega discovers secrets about her town, family, and herself. Franceschi's slight accent pairs perfectly with the characters of Noche Buena. She beautifully incorporates Spanish when necessary. A.M. © AudioFile 2022, Portland, Maine [Published: DECEMBER 2022]