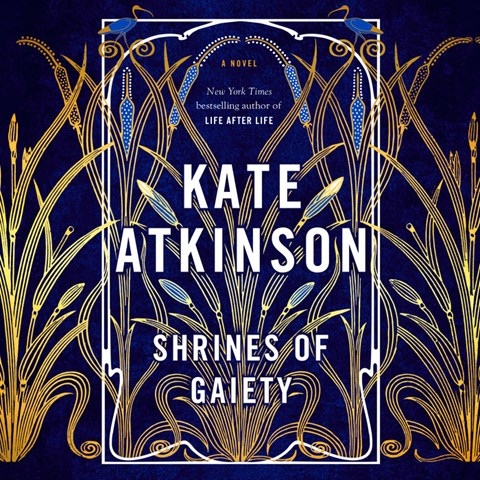 Jason Watkins dazzles listeners with his performance of this historical fiction set in London during the Roaring Twenties. The queen of Soho nightlife, Nellie Coker, is released from prison at the same time that a series of girls goes missing. Now she must defend her empire from enemies who would like nothing more than to see her ruined. As we meet the many players in this mystery, Watkins demonstrates his range, flawlessly performing the various accents of dozens of characters. He also captures the mood of the novel, creating an atmosphere both humorous and sinister, which is perfect for glamorous 1920s London. K.D.W. © AudioFile 2022, Portland, Maine [Published: OCTOBER 2022]