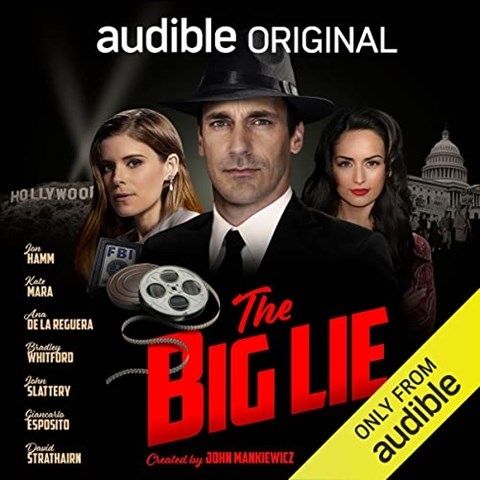 With actors like Jon Hamm, Kate Mara, and the rest, this Audible Original had to be a smash. The fact that it is based on a true story clinched it. Hamm portrays an intrepid FBI agent in the 1950s who is enmeshed in the terrible purge of suspected communists in Hollywood. Hamm delivers his usual pitch-perfect performance, managing to imbue hesitations and nuances into his character's actions that makes his discomfort with his mission clear. Nonetheless, he still works the case. The other cast members are equally entertaining in presenting the story of how the FBI tried to sabotage the production of the film SALT OF THE EARTH, a movie about a mining strike in Mexico. M.S. Winner of AudioFile Earphones Award © AudioFile 2022, Portland, Maine [Published: SEPTEMBER 2022]