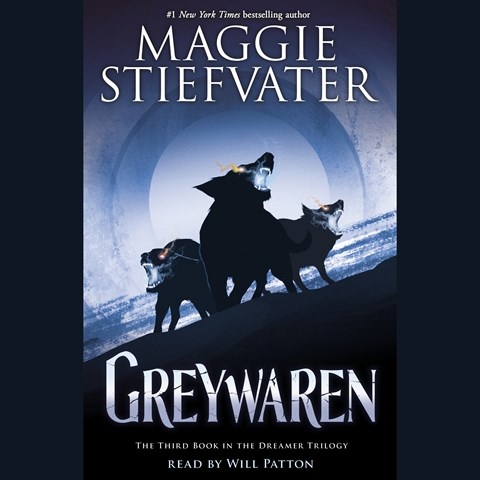 Narrator Will Patton's insistent rasp propels listeners through the explosive conclusion to the Dreamer Trilogy. With the magic that powers dreams having been shut down at the end of Book 2, the characters now strive to build their lives without it. Those who have been dreamed into reality--several among the sprawling cast--simply sleep unless they are near a "sweetmetal," a piece of art that confers vigor. The government operative who thought she'd saved the world realizes, to her horror, that she hasn't. Celtic fantasy traditions blend with the thriller plot with surprising success. Patton's command of character and pace balances savagery and tenderness, urgency and contemplation. He's inhabited this world for 10 years now, and it shows. V.S. © AudioFile 2022, Portland, Maine [Published: SEPTEMBER 2022]