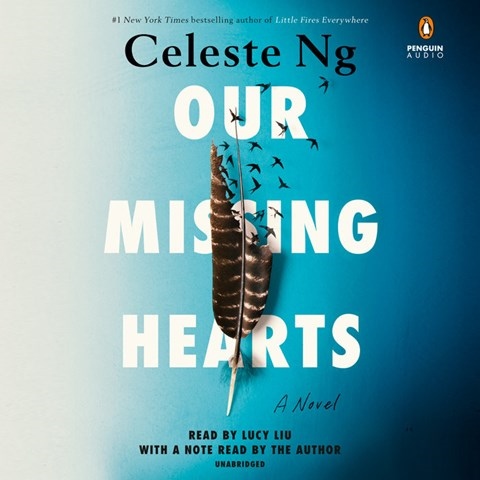 Actress Lucy Liu narrates Ng's latest, set in a chillingly plausible near future in which anti-Asian sentiment has reached shocking proportions. Twelve-year-old Bird, whose Chinese-American mother abandoned him years earlier, lives with his father, plagued by constant fear of the racist laws that govern their lives. Liu captures the intensity of this world, propulsively communicating Bird and his father's fear that the government will break up their family and take Bird away. While Liu effectively communicates the oppression of living under constant scrutiny, her steady staccato delivery is occasionally at odds with the lyricism of Ng's words. Closing the audio, Ng delivers the afterword with perfectly attuned emotion. Listeners may wish for a more nuanced overall presentation but will be captivated by this thought-provoking story. S.A.H. © AudioFile 2022, Portland, Maine [Published: SEPTEMBER 2022]