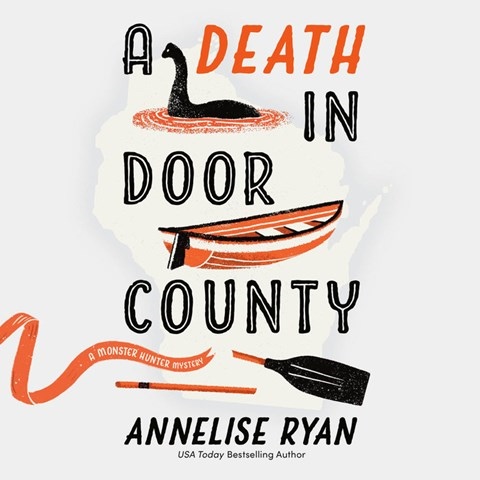 Wisconsin bookstore owner and cryptozoologist Morgan Carter is successfully brought to life by narrator Susan Bennett. Morgan's sideline is hunting cryptids, creatures of unproven existence, such as Bigfoot. When police chief Jon Flanders turns to her for help solving the mystery behind a series of bodies found with injuries apparently caused by a lake monster, she accepts the challenge with enthusiasm. Bennett gives a strong performance, creating a likable protagonist in Morgan while highlighting both her strength and vulnerability, along with her quirky nerdiness and ability to not take herself too seriously. Bennett's characterizations of the male characters are particularly strong, especially her believable portrayal of Jon. K.J.P. © AudioFile 2022, Portland, Maine [Published: OCTOBER 2022]