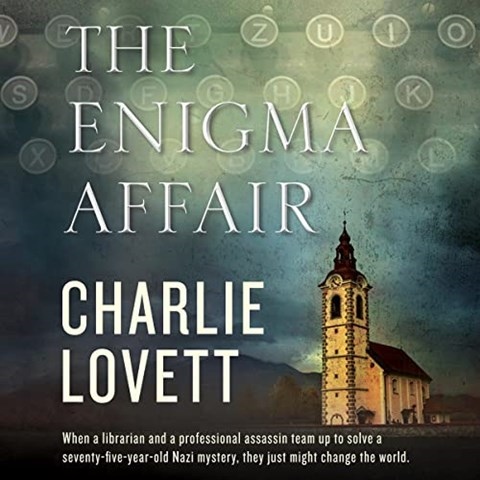 Nicol Zanzarella portrays Patton Harcourt, a small-town librarian in North Carolina who suffers from PTSD relating to her secret history as an intelligence officer. Zanzarella captures Patton's cool composure when her quiet morning is interrupted by sniper fire aimed at her kitchen. When she stumbles upon a plot to rediscover the Nazis' lost formula for Project Alchemy, her pursuit of the white supremacists involved takes her to the code-breaking Enigma machine at Bletchley Park in England. Zanzarella's serviceable British and German accents provide clarity for the story's technical conversations and the scheming dialogue among the ruthless neo-Nazis. Zanzarella's pace increases as Patton's pursuit across Europe leads to the discovery of priceless artifacts and the threat of violence. N.M.C. © AudioFile 2022, Portland, Maine [Published: OCTOBER 2022]