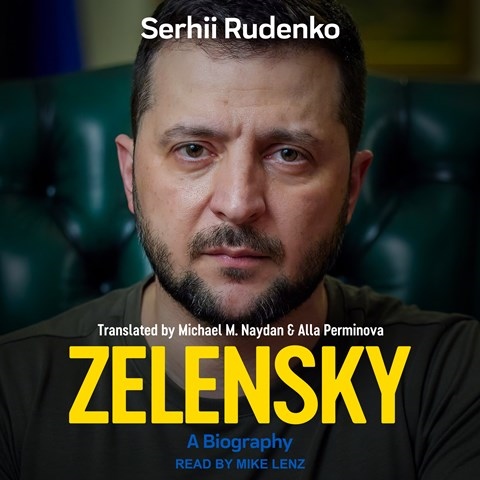 Mostly, Mike Lenz narrates in a low-key, evenhanded way. Still, he becomes excited as he describes the atmosphere surrounding Volodymyr Zelensky's victory in the Ukrainian presidential election. Lenz drops a few hints of trouble ahead, though. And not just the war with Russia. Although the author, a Ukrainian journalist, praises Zelensky's fight against the Russian invasion, he is often critical of the neophyte president's actions, such as letting go of longtime associates who served in his early administration. The scandals seem to mount, but the author lauds Zelensky successes, such as his handling of a hostage crisis. Rudenko wrote from Kyiv as bombs were dropping, and his list of Russian atrocities hits its mark, even as Lenz keeps emotion minimal. J.A.S. © AudioFile 2022, Portland, Maine [Published: SEPTEMBER 2022]