Home»Reviews»SEE YOU AT SAN DIEGO 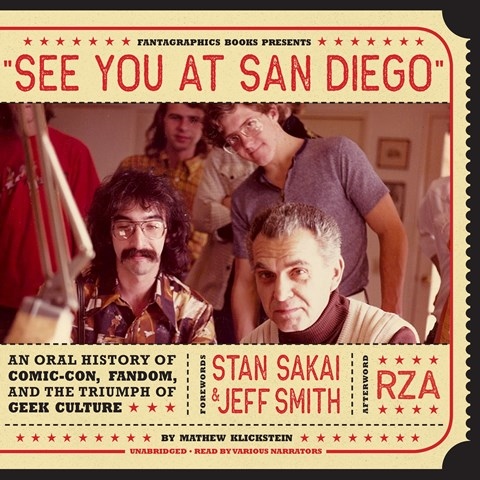 SEE YOU AT SAN DIEGO An Oral History of Comic-Con, Fandom, and the Triumph of Geek Culture

A full cast narrates interview snippets from San Diego Comic Con staff and guests. The loosely arranged recollections cover fandoms, the history of comics and sci-fi, and firsthand accounts of the early days of the con. While the cast gives the impression of interview clips, the illusion is shattered anytime a narrator uses the same voice for two people in a row. Voices range from sultry for Brinke Stevens to grating for Barry Alfonso. Many don't try to sound like the real person, for example, Kevin Smith. Most of the narration sounds like quotes being read, rather than interview performances. This audiobook would have been better using the real interview clips rather than voice actors. S.S. © AudioFile 2023, Portland, Maine [Published: JANUARY 2023]