Home»Reviews»THE STORY OF THE HUNDRED PROMISES 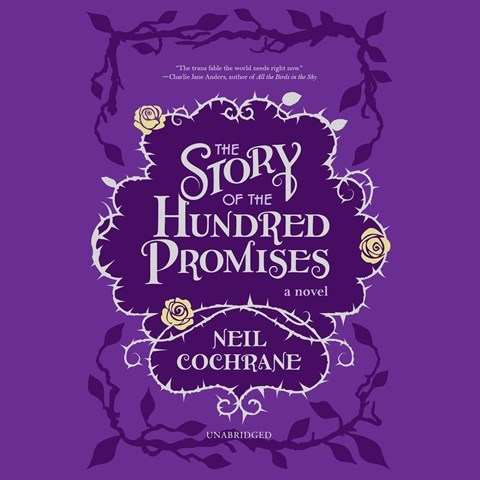 THE STORY OF THE HUNDRED PROMISES

Em Grosland narrates a lush and joyfully queer fantasy loosely inspired by "Beauty and the Beast." After years at sea, Darragh Thorn must decide whether or not to reconcile with his father. His journey is told in parallel with that of Merrigan, an enchanter. Grosland deftly maneuvers the dual plotlines, as well as the interspersed fairy tales from the world of the story. They subtly shift their tone to differentiate them. Despite challenges, Darragh is cheerful and open, and this warmth is matched in Grosland's portrayal. Merrigan, by contrast, though a kind and loving individual, was treated poorly in their youth and maintains a distance from others that is reflected in Grosland's narration. Grosland gives the final climactic confrontation its due, creating a breathtaking conclusion. K.M.P. © AudioFile 2022, Portland, Maine [Published: DECEMBER 2022]