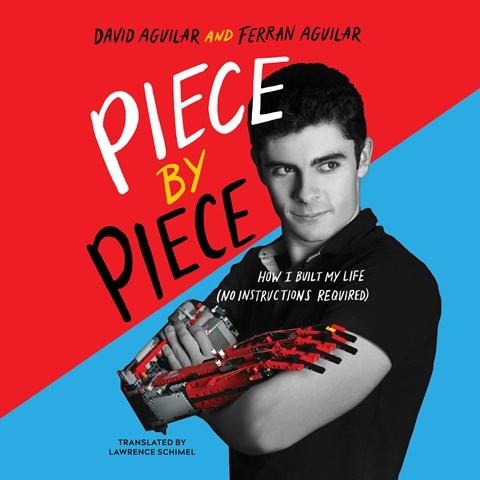 PIECE BY PIECE How I Built My Life (No Instructions Required)

Fabio Tassone deftly introduces young listeners to David Aguilar, who was born missing a hand, for which he faced discrimination from taunting classmates and rude strangers. Listeners will feel connected to David and his supportive family, who live in the tiny European country of Andorra. Touching descriptions of family members, particularly his beloved abuela and his kind, clever father (Tassone's best creation), are moving, especially as they confront David's "dif-ability." Tassone convincingly conveys David's persistence as he masters riding his special bike, swimming, and playing ball--and as he designs devices to make his life easier. His crowning achievement is a usable arm created from his precious Lego bricks, which drastically changes his life. Listeners will cheer as David visits--and assists--at Legoland and NASA. S.G.B. © AudioFile 2023, Portland, Maine [Published: JANUARY 2023]