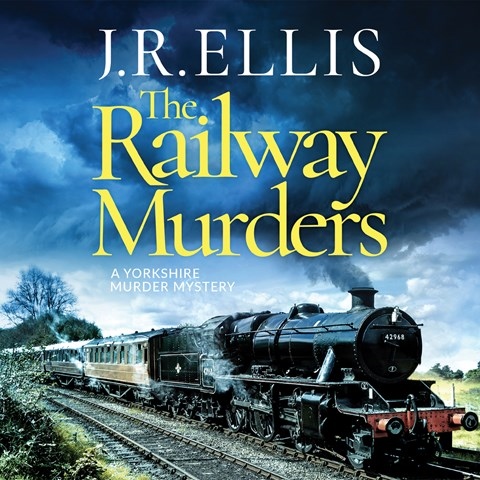 Listeners who enjoy a good old-fashioned locked-room mystery will appreciate this classic police procedural, set in a picturesque Yorkshire village. The steady, gravelly voice of longtime narrator Michael Page transports listeners to a present-day film shoot at a vintage railway station. An actor, dissolute and disliked, is found shot and killed in a locked antique railway carriage. Murder is not a part of the film plot, and DCI Jim Oldroyd is called in to solve the crime. Oldroyd has appeared in seven other murder mysteries set in Yorkshire, and he solves crimes with logic, hunches, and persistence. The railway enthusiasts and assorted actors are portrayed with genuineness, and the locals sound convincingly like Yorkshire folks. While the mystery takes place in the present, there is a charming vintage feel to this production. D.L.G. © AudioFile 2022, Portland, Maine [Published: DECEMBER 2022]