Home»Reviews»THE LADY AND THE OCTOPUS 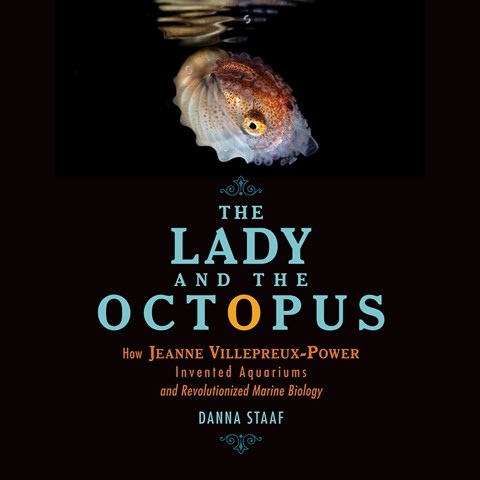 Narrator Suzie Althens brings an upbeat sense of wonder to the story of unlikely scientist Jeanne Villepreux-Power. Born in a remote French village during the French Revolution, Villepreux-Power went to Paris with her dressmaking skills and natural curiosity, and eventually to Sicily, where she would become a groundbreaking marine biologist and pioneer of aquariums. Althens evokes the bright self-confidence of Villepreux-Power, who steadfastly championed her right to be known for her scientific discoveries and inventions. Althens walks listeners through the complexities of octopus biology and scientific experimentation with clarity, making the tongue-twisting terminology easy to follow. Althens shines in the direct quotes from Villepreux-Power's journals, breathing life into this little known woman who was avidly interested in the world around her. N.M. © AudioFile 2023, Portland, Maine [Published: JANUARY 2023]