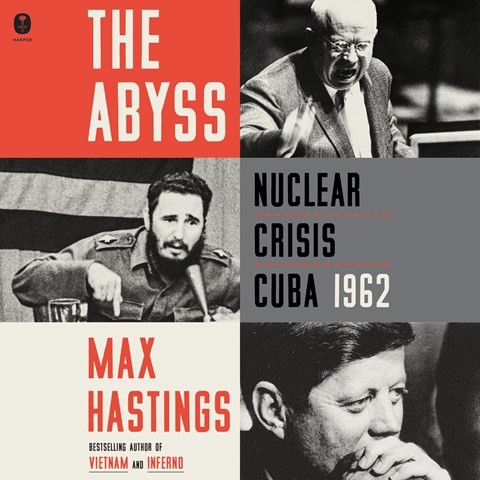 John Hopkins's rich, dramatic voice suits this account of the 13 days in 1962 when the world was on the verge of a nuclear catastrophe: the Cuban Missile Crisis. Hopkins artfully meets the challenge of describing the mutual brinksmanship that took place between the Soviet Union and the U.S. when Russian missiles were discovered a mere 90 miles from American shores. Hopkins never hurries his pace or overplays the emotion. The central figures--JFK in the White House and Khrushchev in the Kremlin--are vividly revealed under stress. Here is an audiobook for those who relish detailed and dramatic history, those who want to know how we got to where we are today with the Russians, or those who simply appreciate cliff-hanger situations narrated with exceptional skill. A.D.M. Winner of AudioFile Earphones Award © AudioFile 2022, Portland, Maine [Published: DECEMBER 2022]