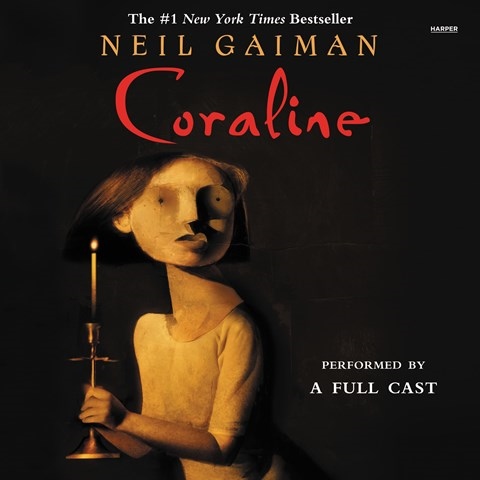 A cast of talented British actors gives voice to this new audio edition of Neil Gaiman's classic middle-grade novel, just in time for its 20th anniversary. Coraline is bored and looking for an adventure when she opens a mysterious door in her new house that leads to another world--and an Other Mother. Julian Rhind-Tutt's narration underscores the beautiful writing and eerie atmosphere. Pixie Davies's Coraline sounds intrepid and brave, even when she's frightened. Julian Clary offers an excellently sardonic and long-suffering cat voice. And the singing rats are especially creepy. The other actors enliven the characters on both sides of the door who help or hinder Coraline as she works to outwit the Other Mother and save her real parents. It all makes for magical--and scary--listening. J.M.D. © AudioFile 2022, Portland, Maine [Published: SEPTEMBER 2022]