Home»Reviews»THE COUPLE AT THE TABLE 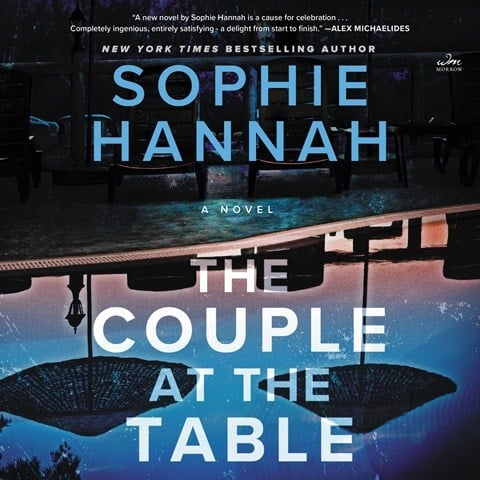 THE COUPLE AT THE TABLE

Narrator Julie Maisey takes listeners on a twisty journey to discover who killed Jane at a luxe couples resort in England. Maisey's performance range is highlighted by a suspect list composed of locals and visitors from afar. Jane and William are on their honeymoon when Jane is killed. Also there are William's ex-wife, Lucy, and her boyfriend. But evidence suggests that this couple could not have killed Jane, nor could have the four other couples at the resort. So was it an intruder? Or is a crucial clue eluding the detectives? Indignant, angry shouts from Jane and a pleading, desperate tone for William ramp up the drama. Maisey's transitions between accents aren't always smooth, but her nuanced delivery evokes emotion. A.L.C. © AudioFile 2023, Portland, Maine [Published: JANUARY 2023]