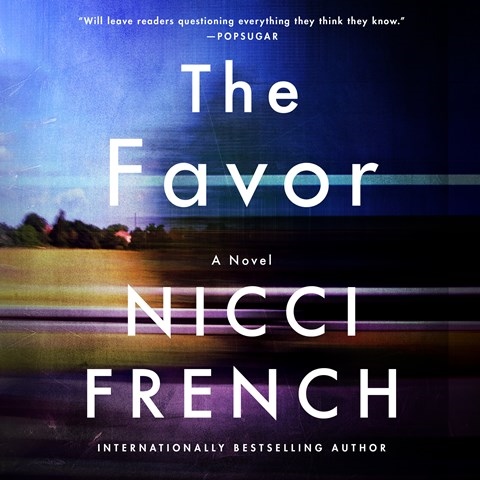 Imogen Church gives a knockout performance of Nicci French's unsatisfying stand-alone whodunnit. Jude, now a successful doctor, is startled when, after 11 years without contact, her former boyfriend, Liam, appears to ask for a favor. She agrees, although the sketchy details give her pause but not enough to stop her from carrying out Liam's instructions. As Jude, Church is ingenuous--although listeners will soon become irritated at her gullibility. Church delivers colorful performances of each of the many odd, sometimes creepy, characters Jude encounters. But as French's character continues to give in to ridiculous requests, it becomes impossible to suspend disbelief, despite Church's authentic characterizations. Church is valiant in her efforts, but Jude's illogical decisions make it difficult to empathize with her. S.J.H. © AudioFile 2022, Portland, Maine [Published: NOVEMBER 2022]