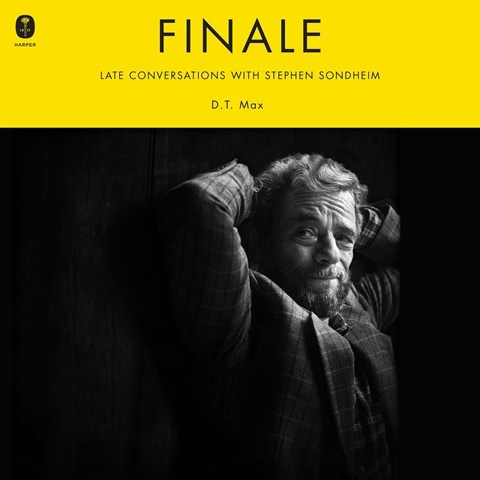 This lively, intelligent narration by Christopher Grove and Keith Sellon-Wright offers a series of informal conversations that took place from 2016 to 2019 between author D.T. Max and musician Stephen Sondheim. Sondheim passed away in 2021 at the age of 91, and these were among his last interviews. Amusing anecdotes and witty comments reveal a side of him few have seen. While it can become confusing when more than two people are speaking, the audiobook's overall feeling and tone are exactly right. Discussions of some of Sondheim's works, including COMPANY and INTO THE WOODS, sound sincere and believable. From Sondheim's difficulties trying to create a musical based on a Luis Buñuel film to his emotional comments about going to Japan and the problems with PACIFIC OVERTURES, every nuance is captured by the narrators. S.J.H. © AudioFile 2023, Portland, Maine [Published: JANUARY 2023]