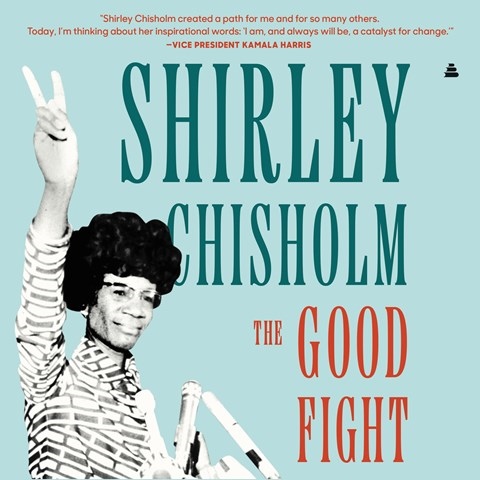 Marcella Cox brings Shirley Chisholm's words to life with a passion that might leave listeners thinking they are hearing the first Black Congresswoman herself speaking from a podium. A year after her failed bid for the 1972 Democratic presidential nomination, Chisholm analyzed its successes and failures, and her dissection holds up well. Her discussion of abortion, crime, and the lack of civility in public life still applies, making this audiobook as relevant today as it was in 1973. Chisholm provides insights into backroom politics and the youth and feminist movements, at times lamenting the difficulties of coalition politics. Cox narrates the skeptical reactions to Chisholm's presidency with sarcasm that, at times, grows into anger, as when Chisholm rails against the sexism she faced. J.A.S. © AudioFile 2022, Portland, Maine [Published: DECEMBER 2022]