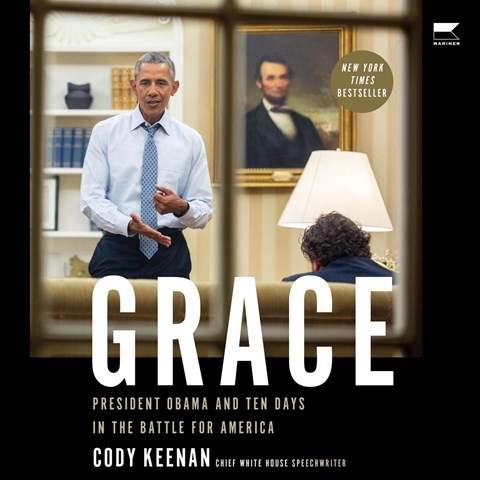 GRACE President Obama and Ten Days in the Battle for America

This intimate portrait of the life of a presidential speechwriter is both informative and touching. The author, who served as Barack Obama's chief speechwriter, narrates the audiobook, giving it immediacy. He talks of being holed up in the basement "speech cave" while crafting the president's speeches and statements, and then anxiously sitting down with him to hear his feedback. Obama comes across as a clear headed perfectionist who pushed his writers to transcend the mundane. During the period covered, the author worked on several high-stakes speeches, including possible responses to the Supreme Court's decisions on the Affordable Care Act and same-sex marriage, as well as the shooting at Charleston's Mother Emanuel Church, which killed nine people. For listeners interested in the politics of persuasion, this audiobook is a must. L.W.S. © AudioFile 2022, Portland, Maine [Published: DECEMBER 2022]