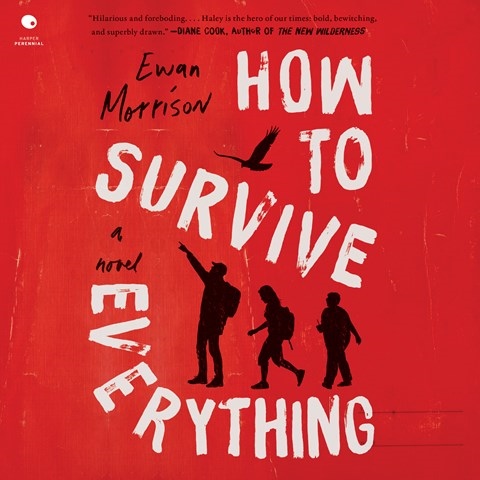 HOW TO SURVIVE EVERYTHING

In the future, with threats of another deadly pandemic on the horizon, Haley and her younger brother, Ben, are kidnapped by their noncustodial father, Ed, and taken to a prepper hideaway in the UK. Caitlin Kelly perfectly portrays 15-year-old Haley, who tells this dystopian story in the first person. Kelly's pacing and inflection make Haley's voice entirely believable as she is frustrated by her parents and unsure of whom and what to believe. Listeners struggle along with Haley--and a wild cast of supporting characters--to determine what is really going on in the outside world. This is a story of extremes in actions, beliefs, and attitudes and may make listeners uncomfortable despite the fascinating questions it raises about society, family, and the future. K.S.M. © AudioFile 2023, Portland, Maine [Published: JANUARY 2023]